by Propo'88 & Wildelux are... Certified Craftsmen 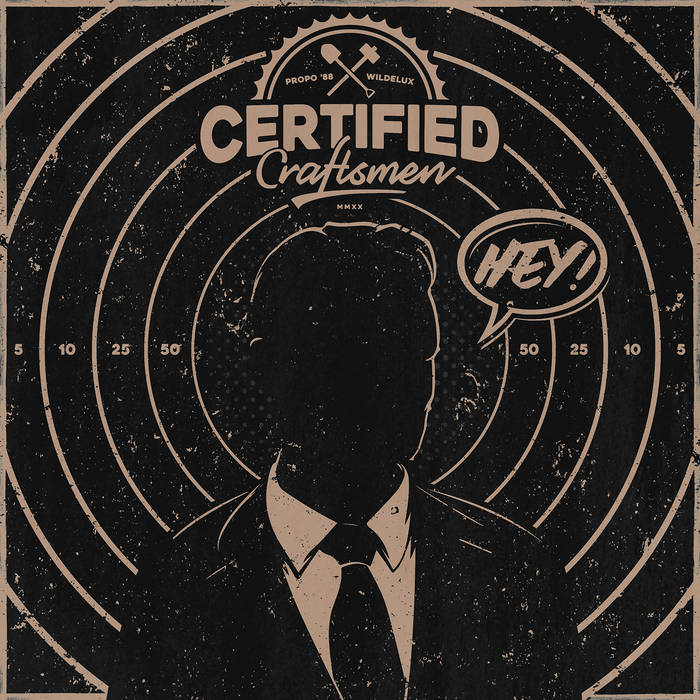 Dutch producer/DJ Propo’88 and Bronx-born, Kyoto-based emcee Wildelux are Certified Craftsmen. A brand new duo born out of a mutual love for the art and craft of hip-hop, 'skilled in the trade of that ol’ boom bap.'

“For me, a ‘craftsman’ means a person who has honed his/her craft over the years, without the pressure of being down with the latest fad or wave,” says emcee Wildelux. “Taking their time to create the best version of themselves for the world to see. Being comfortable in one’s own skin. By being one’s self without any filters to hide behind, the world will see how genuine the person is in his or her craft and therefore they are certified by the people.”

Wildelux lives in Kyoto, Japan himself. On the exact opposite side of the globe from Propo’88, who operates from the heart of the Netherlands. But it’s that philosophy on hip-hop craftsmanship which actually makes them closely connected. “A craftsman, to me, also knows his strengths and weaknesses, but at the same time understands how to serve his or her crowd based on his skills,” adds Propo’88. “Someone who knows how to remain humble when needed. A craftsman works in timeless ways and does his thing for the right reasons.”

“Hey!” is the first official single that sets off the Certified Craftsmen collaboration. Their first collaboration dates back to 2017 when Wildelux appeared on “The Anticipated” off the ‘Astronomic Delight’ LP by Propo'88, who was also known from the Da Shogunz crew. That album also featured BlabberMouf, Glad2Mecha, Cee Major & Hex One.

Consider “Hey!” their official introduction as Certified Craftsmen, with another 45 vinyl record coming up November 13th (limited to 200 copies) and a full LP in early 2021, both on Rucksack Records.

► Download ‘Hey!’ for free here on Bandcamp. All we ask to share the track for free is an email address so we can make sure you're the first to hear about the vinyl releases and pre-orders before they’re out.
► All streaming links: smarturl.it/CC-Hey

SO… WHAT MAKES THESE GUYS CERTIFIED CRAFTSMEN?

“Propo '88 is very technical, detailed, and careful about how the songs should sound. From the lowest to the highest frequency in a song, it has to fit perfectly to bring it all to life. You know you are in good hands when he touches your songs. He truly has the skills of a craftsman.” - Wildelux

“Will is a well-experienced, calm, and conscious person who always seems to have every step of the process under control. He writes great lyrics like it's nothing and records himself in his home studio the way I would desire from an engineer. He understands how his creative mind works and he knows exactly how to manage the expectations from the one he works with. He's been doing this for over thirty years, so hip-hop is his first and second nature. A true craftsman in my book.” - Propo’88

► Released by Rucksack Records, with a 45 record of another track coming November 13th 2020, and a full LP early 2021:
rucksackrecords.bandcamp.com
www.instagram.com/rucksack_records
www.facebook.com/rucksackrecs

True craftsmanship is in the details. That’s what DJ/producer Propo’88 (The Netherlands) and Wildelux (USA / Japan) show under the moniker of Certified Craftsmen The duo carefully crafts no-bullshit boom bap. From the choice of samples to the scratch hooks, to Wildelux’ buttery rhymes. ... more

Bandcamp Daily  your guide to the world of Bandcamp